‘Right to Life with Dignity’ — Social Protection for Sex Workers 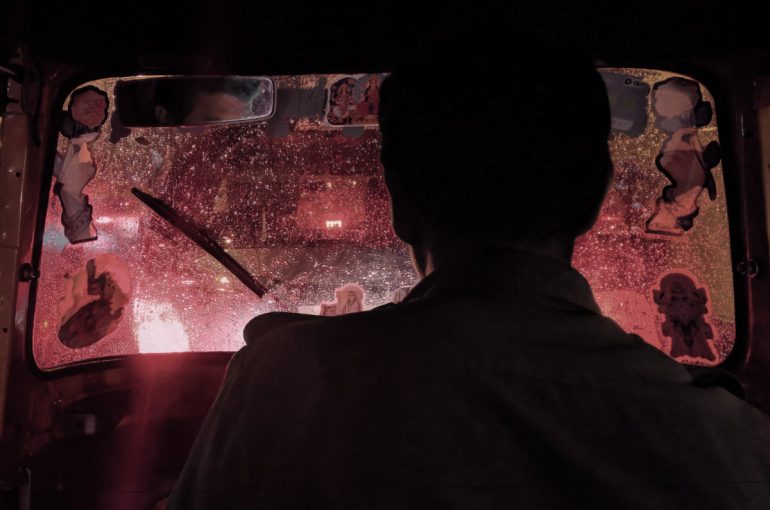 Sex work is a term used to describe a wide range of activities relating to the exchange of money (or its equivalent) for the provision of sexual services. The term ‘sex worker’ often refers to those engaged in prostitution and is the preferred term used throughout the literature on the subject. As per the National Network of Sex Workers, sex workers include female brothel-based sex workers who migrate from various places to work in brothels for a contract and then return home, transpeople who provide sexual services to men, and male sex workers who provide services to other men.

Under Article 21 of the Indian constitution, sex work is considered a legal profession with a guaranteed right to life with dignity. While there are state and national-level policies to protect sex workers, this cohort remains severely marginalised with extremely limited access to the government’s social protection infrastructure and welfare schemes.

It is no secret that sex workers face exclusion both on social and administrative levels. This article explores how the intersection of social behaviour, legal protection, and awareness impacts their access to welfare.

The India Exclusion report on sex workers suggests that engaging in sex work was not only a result of exclusion but also choice. While the majority of the women surveyed took up sex work due to poor socio-economic conditions, violence, and exploitation in their marriages and other areas, the report also found that a considerable number of women — around 68% — took to sex work on their own.

Often, sex work gives women with limited or no formal education autonomy and financial agency. It is important to acknowledge that India harbours multiple systems of oppression (such as caste, religion, place of birth, socio-economic status, gender etc.) that marginalise minorities, especially women and gender minorities. This leads to women taking up sex work as a profession to be financially secure because access to other job opportunities is either restricted or not available to them. The India Exclusion report found that there were women who took up sex work after being married for years in the hope of earning a decent livelihood to take care of their families and children (Mishra, Majumdar, Rashid, and Sivadas).

For transpeople, on the other hand, sex work seems like the safer bet. Due to the discrimination they face at educational institutions and during hiring processes, they choose to engage in sex work where they have more agency. They assert that they would rather be their own bosses than get bullied in other places. Azaan, a transman running a shelter for trans folks in South Delhi, says, “If we’re constantly discriminated against at seemingly ‘dignified’ workplaces, we would rather engage in sex work. That way, we can earn enough for ourselves without being looked down upon constantly.”

Over the centuries that sex work has existed, there has never been an accurate figure for the total number of sex workers in the country. This is probably because of the social stigma associated with it, the secretive nature of their work, and their reluctance in declaring their identity as sex workers. Because sex workers are not included in administrative data, their access to welfare schemes becomes impossible.

India is home to an estimated 6,88,751 registered female sex workers receiving services from the Ministry of Health and Family Welfare. The number of unregistered sex workers varies greatly; the United Nations estimated that India had 3 million sex workers by 2008, whereas anti-trafficking advocates estimate that there were 20 million as of 2017. The National Aids Programme’s official estimate, though, was 1.25 million back in 2004.

This discrepancy is widened because sex workers generally work in informal markets. As per the India Exclusion Report, sex workers mostly hide their identities not because they are ashamed of what they do, but to escape violence and stigma from the rest of society, including the state and the police. The report further reveals that 72% of the respondents are doing sex work secretly for various reasons, of which 33% claimed they were also working as construction workers, wage labourers, health workers, and office workers, as these are jobs more ‘acceptable’ in society. Even though these jobs shield their identities as sex workers, the women prefer them in order to avail various social security entitlements that as sex workers they would be denied.

A step further in the direction of acknowledging sex workers as informal workers was the recognition by the National Human Rights Commission in its advisory issued on October 7, 2020, on the rights of women during the pandemic. It stated that sex workers must be “recognised as workers and be registered so that they can get worker benefits.” The advisory also recommends the issuance of temporary identity documents, especially for migrant sex workers, to help them access welfare benefits and healthcare services, and stay protected from domestic violence.

In May 2022, a bench led by Justice L Nageswara Rao ruled that sex workers will be provided Aadhaar cards based on a proforma certificate issued by the Unique Identification Authority of India (UIDAI). The bench also ruled that the sex workers’ confidentiality must be respected and that their identities should not be published. The Supreme Court ordered states and union territories to continue the process of identifying sex workers who do not have proof of identity and are therefore denied ration distribution.

A community-led survey by the Centre for Advocacy and Research attests that a key challenge in facilitating access to schemes and services for sex workers (who had migrated from their hometowns) was the mandatory requirement of an Aadhaar card to apply for most schemes. On the face of it, this is an easy challenge to overcome. However, applying for an Aadhaar card for this cohort remains a huge problem as they are often not able to provide any proof of residence. The benefits of schemes are often denied to them. For instance, many of those surveyed were unable to unlock the benefits of widow pension schemes since they could not furnish any ‘proof’, such as the death certificate of their spouse.

The assessment also noted that the delivery of services was greatly contingent on the empathy displayed by individual government officials. Furthermore, the sex workers shared that even though they had access to some provisions, it was a difficult task to access or utilise them. Plus, they haven’t identified themselves as sex workers anywhere, not even while getting bank accounts in their names.

04/ Right to Life with Dignity (But No Healthcare)

Sex workers are more susceptible to sexually transmitted diseases. According to WHO — globally, female sex workers are 13.5% more likely to be living with HIV than other women of reproductive age; in Asia, female sex workers are almost 30% more likely to be living with HIV. A report by Sampada Gramin Mahila Sanstha (SANGRAM) and Veshya Anyay Mukti Parishad (VAMP) for The Office of the United Nations High Commissioner for Human Rights states that in multiple regions, sex workers have been refused HIV medication on account of their occupation. In remote areas, the reach of non-governmental organisations is limited as well.

Surveys conducted by ICRW and UNDP have revealed that the prevailing social attitude of treating sex workers as outcasts is, in fact, highly prevalent among healthcare workers themselves, including physicians. Sex workers are frequently left out of social programmes and denied timely management at healthcare facilities. A study, published in the International Journal of Community Medicine and Public Health in 2017 on sex workers in India, has shown that more than two-thirds of the surveyed sex workers have had a very negative experience in hospitals or rehabilitation centres.

Even those sex workers who are well-informed on their health rights do not always have agency in protecting themselves. The police, government officials, and criminals will often force these women to have sex without condoms, threatening them with blackmail, extortion, arrest, and/or violence. Therefore, women are at a higher risk for developing health problems with a far lesser chance of being able to access good healthcare.

05/ Crippled Further by the Pandemic

The lockdowns robbed them of their livelihoods and homes.

Some state governments and private groups did provide food and other monetary assistance at the time, however, almost everyone in this cohort was unable to make rent or pay back their debt, or pay school fees for their children.

Most of them don’t have ID cards or bank accounts which means the benefits of DBT schemes don’t reach them. During the pandemic, many sex workers were denied ration since they were unable to provide valid identification and ration cards.

Moreover, outpatient services in government hospitals were either shut down or maxed to capacity, forcing sex workers to approach private doctors who demanded exorbitant fees. In fact, many reported being turned away by private hospitals during the first and second waves of COVID-19. This exclusion resulted in their children being refused treatment as well.

Their access to reproductive health services was also severely impacted. Women were unable to get oral contraceptives from government hospitals due to shortages — even the NGOs supplying these under various programmes were forced to suspend their operations during the initial phase of the pandemic. Pregnant women who were required to attend gynaecological and obstetric services faced the brunt of this backlash. They were told to access sonography services at private clinics (at exorbitant rates). Some chose to deliver outside of the healthcare system, in the brothel itself, under very unhygienic conditions.

Abortion services were denied by both government and private hospitals.

We ensure that government schemes are accessible to every citizen of the country irrespective of their occupation. We are very interested in working with this cohort. Together, we can create a significant impact here. If you have similar goals, let’s talk — madhura.karnik@haqdarshak.com.