The Invisible World of Cine Workers 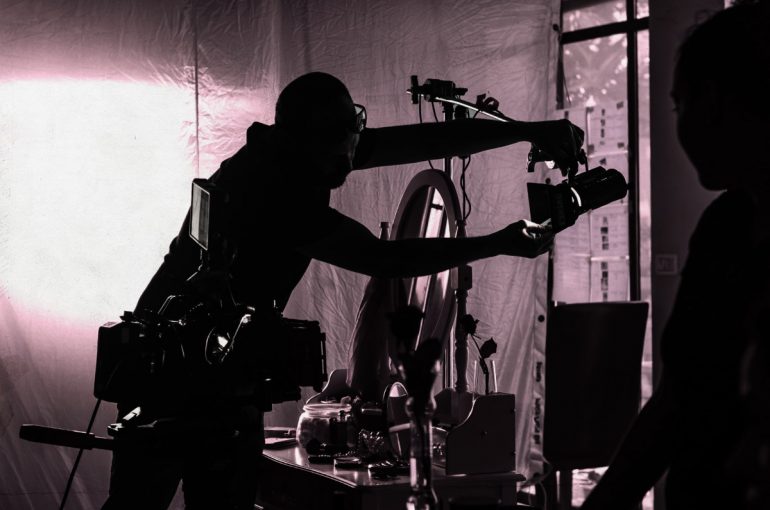 By Anveshi Gupta and Subham Mohapatra

01/ How Big Is the Cine Worker Cohort?

There’s a lot that goes on behind the scenes. Media production is a rich ecosystem that draws on the creative skills of various skilled and unskilled professionals. We see the artists, the actors, the directors, and maybe even the cinematographers, but we never hear about the stunt artists, body doubles, junior dancers, makeup artists, technicians, or the spot boys, who form the backbone of the industry, and without whom films could never get made.

In 2019, box office revenues of the Indian film industry amounted to over US$2.5 billion (Diwanji, 2020) in the services sector, which accounts for more than 50% of the Indian economy (Dastidar & Elliott, 2020). With the rise of regional cinema and streaming services, this number is set to increase exponentially, and with it, the number of professionals working within the industry.

According to estimates put out by the Labour Ministry in 2017, the industry provided employment, both direct and indirect, to over 5 million skilled, semi-skilled, and unskilled people.

02/ Why Do They Need Social Protection?

Everyone has a role to play, and everyone earns, but not everyone thrives.

Although there is a lot of talk of ‘welfare’ and even efforts to maintain harmony among the different filmmaking sub-cohorts, there is a lack of equal participation and bargaining rights. Even within the industry, most cine workers remain invisible and marginalised, their lives and work overshadowed, and eventually forgotten. Moreover, the nationwide lockdown in India pushed numerous actors, non-screen personnel, support staff, and other daily wage workers within the industry into unemployment.

The spokesperson for the All India Cine Workers Association, Suresh Shyamlal Gupta says, “While there are more than 67 job roles behind the camera, the workers hardly get 10 days of employment in a month. Plus, they receive INR 800 to INR 1,800 per day (depending on their job role) after working for 14-18 hours a day.”

Odia music album producer, Vijay Kishore highlights, “There are over 75,000 workers including stuntmen, background dancers, and other junior artists whose livelihoods are entirely dependent on the Odia entertainment industry. The Odia entertainment industry itself is not as big as the Bengali or Bhojpuri industry which makes the possibility of finding work all the more difficult. The workers have limited access to welfare since there has been no cess collected by the corporation towards their welfare.”

Currently, only those involved in feature films and cinema theatres are covered under the Act and paid in cash, often depriving other workers (involved in documentaries, even theatre) of benefits. Film industries across India have a hybrid and informal system in place to accommodate flexible labour patterns (Jaikumar 2019; Ganti 2012). While ‘flexible’ sounds like a good thing, it does not necessarily mean more jobs for workers. Most of the semi-skilled or unskilled workers in the audio-visual industry work without any agreements and are daily wage earners, thus deprived of many benefits including even minimum wages in certain cases.

The Stunt Artists Association president in Mumbai insists that almost every star has used body doubles at some point, yet their remuneration is usually only INR 2,500 to INR 3,500 (approximately US$40–$60) for an eight-hour shift. Reportedly, 75% of the stuntmen registered with the Stunt Artists Association live below the poverty line. Only 20% seem to secure regular jobs, and a tiny 5% of stunt doubles make it big. Similarly, the Junior Artists Association in Mumbai has more than 10,000 registered members. They are often required in television since many shows require junior artists. They complain that television pays them lower wages compared to the film industry. The average pay for these artists working in television is approximately INR 750 (approximately US$13) per shoot, while in the film industry they are paid between INR 900 and INR 1,000 (approximately US$15–$17) (Mazumdar 2015).

Film trade organisations and unions often speak of contingency money, pension benefits, and compensation for work-related death and injury. What this means is that these organisations would look out for the workers and their families in case of such hazards. In return, they demand unflinching loyalty and compliance. Therefore, workers are forced to look away from larger structural problems and simply toe the line adopted by the organisation in a largely informal, reputation-driven industry (Mini 2020).

The uncertain and exploitative nature of entertainment pushes these workers further to the margins. Most retire early, most face bleak and uncertain futures.

03/ Partner with Us for Maximum Impact

Haqdarshak collaborated with Yash Johar Foundation (YJF) to link cine workers with government welfare entitlements that they were eligible for. We extended support to over 300 workers and unlocked benefits worth INR 1.5 crore for them. The workers were linked with schemes such as the PM Jeevan Jyoti Bima Yojana, PM Suraksha Bima Yojana, and Mahatma Jyotiba Phule Jan Arogya Yojana to help them protect their families from possible sudden income shocks due to accidents and fatal injuries.

These workers negotiate formal and informal networks, institutionalised hierarchies, and structures within a system that is fast-paced and ruthless. We can help put in place a social security net which provides them access to health insurance, food, and stable housing. We can get them the documents they need. We can identify all the schemes they are eligible for. We can also get them the benefits their families need.

Get in touch with Madhura, our Chief Growth Officer, for more details — madhura.karnik@haqdarshak.com.